I am actually quite a bit late with composing something for the Treasury’s New Year, as it has already passed, though not very long ago.  But, since tomorrow is secular new year, I suppose it’s not too, too late.  ❤

O, Apollon, Yours is the coarse wind ripping through the tree branches, bare and clawing at the sky, ripe with the howl of Boreas. You drive a chariot of swift-winged swans, gliding through the air, and You direct the wolves’ hunt below, and the flight of their wily prey.

O, God of terror and beauty, Winter, Your Season, is both beautiful and terrible. Though we in this time may forfeit the knowledge of the true darkness of Winter, we remember traces of fear, deep in our bones.

You, the very darkness, are upon us now, veiled by a shroud of light. Ever growing, it spreads out across the land to awaken the slumbering flora. As time passes, as one Season becomes the next, each day has its turn to hold Your magnificent light. And each day, the light reveals a steadily building heat which soon shall envelope the land, in all its glorious anticipation.

With the warming will come the melted snows, to fill the rivers and streams, and the Spring rains shall seep into the Earth. Moisture is the catalyst, and it will herald the births of the new fauna, as surely as it entices the green-growing things. And all this is possible through You, O God of the liminal, of the sacred transition.

Be You now present as the old year falls away. Be You now the bridge over which we all shall cross. And in time, as the Seasons turn and turn again, may You be the dark embrace of Winter, veiled in light, to brighten our way through each long, cold night.

The Treasury’s mission and statement of intent was finally crafted after long discussions amongst ourselves.  We share it now with the wider community so that there will be less confusion as to what we hope to achieve within our organization.  This statement will also appear as a separate Page, for the sake of convenience.

The Treasury Tradition is a part of the Revivalist movement within Polytheism, and as such, we are concerned with the living vibrancy of our faith, love and worship toward our Lord Apollon, and Those close to Him.  We affirm the Individual natures of the Gods we honor and we affirm that They, specifically Apollon, have chosen to guide and shape the creation and maintenance of our Rites and Mysteries.

We stand upon the foundational body of work which has survived through the ages, and upon also the diligence of those tasked with reconstructing that body of work into a comprehensible form of myth and ritual.  We do not stand alone in our accomplishments. Many have come before us to do the work, and many will come after us to continue it.  We, the Sisters of the Treasury, are extremely grateful for their hard work and scholarly excellence.

Our task as Apollonian women, and as Sisters of His Treasury, is to promote Him and His concerns, to offer rites of purification and others to His people, to establish and keep His connection to this Earth, both through our individual works and through our collective efforts as a religious movement.  In this, our priorities are to first lay the groundwork for living temples and other infrastructure to be built upon the lands in which we dwell, in the honor and reverence of our Lord, Apollon.

These are lofty goals, which we admit will be accomplished only over the long term, through focus, perseverance and steadfast commitment to the cause.  In order to achieve our Lord’s desire, which is given to us as the establishment of His houses of worship, both within the body of His followers and upon the Earth, we are resolved to craft new Rites, and to reveal new Mysteries as they are revealed to us, by our Lord and/or His Divine Associates.

For the purpose of fulfilling our Lord’s desire, we understand, accept and encourage the vibrant living practices of Apollonians and Hellenic/Roman or Other Polytheists everywhere.  The Treasury Tradition does not seek to replace or alter any spiritual or religious practices of our Sisters or supporters, as our Tradition seeks merely to expand individual and collective knowledge, and love, for our Lord Apollon.  The Rites and Mysteries of the Treasury can be practiced as whole unto themselves, or may instead add another layer of depth to an already established religious practice.

Though we utilize the internet as a means of sharing our goals, for connecting with one another and with Apollonians and Polytheists from a wide variety of places and perspectives, and for spreading knowledge of our Lord, we do not overlook our true and intended purpose of establishing permanent worship houses and festivals in His honor, upon the lands and populations of the Earth.

In this goal, we acknowledge that our Rites must be evolutionary, and thus able to administer to living populations as we find them, while remaining resistant to stagnation and rote traditionalism.  The Treasury of Apollon is resolved to accept and embrace change, for change is the one constant in this ever-shifting world.

We are the Sisters of the Treasury of Apollon, and we have come in this time to do our Lord’s will, and to live within the sphere of His influence in all matters, spiritual and temporal.

Hail always to Apollon, our Lord, Prince and King! 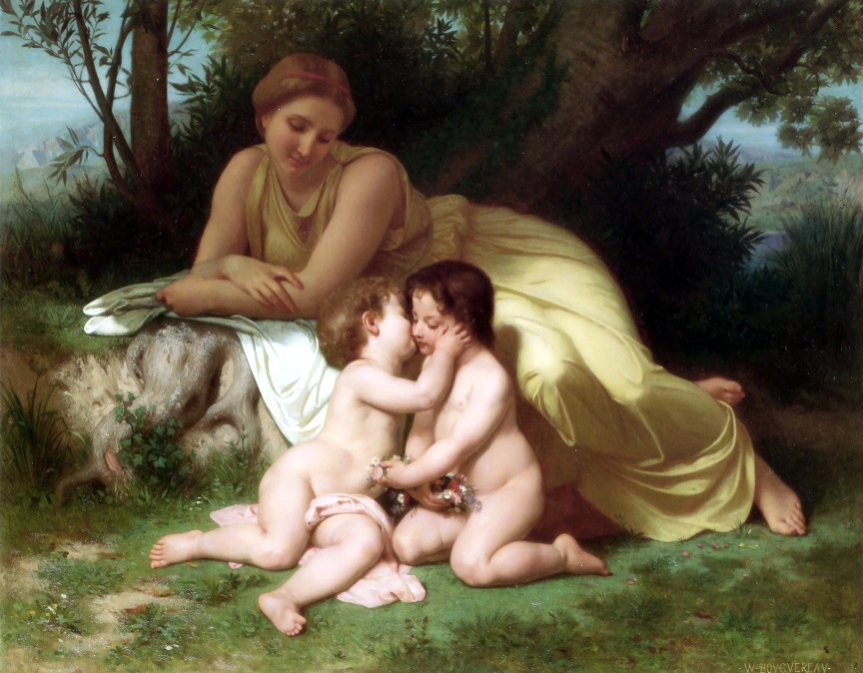 “Delos, if you would be willing to be the abode of my son Phoebus Apollo and make him a rich temple –; for no other will touch you, as you will find: and I think you will never be rich in oxen and sheep, nor bear vintage nor yet produce plants abundantly. But if you have the temple of far-shooting Apollo, all men will bring you hecatombs and gather here, and incessant savour of rich sacrifice will always arise, and you will feed those who dwell in you from the hand of strangers; for truly your own soil is not rich.”

Many of us spend much of our time challenging our own self worth.  We put ourselves down, thinking that our current skills in any particular thing are below some level that has been lauded by society or community.  We look at the things we accomplish and compare them to the accomplishments of others.  We take our shortcomings into ourselves in such a way that they begin to harm us, rather than provide a starting-place for improvement.  I too am guilty of this.  Although I am able to keep it together most of the time, some days just do not seem like I am getting much of anything substantial done, in regards to the facilitation of my Lord’s worship.

This is because, like Delos Island, I am not rich in the things which are commonly desired by society, nor am I exceptionally skilled in any areas of societal worth.  However, also like Delos Island, I have agreed joyously to host the temple of Apollon.  But, as I am not myself an island or a plot of land, I must keep my Lord’s temple safely within my heart.

And this is the secret of Apollon’s attention and love; those who keep Him always within the core of their being will never be abandoned, for He takes care of His own.  When you shine outwardly the light of Apollon from within, you will naturally attract that which is needed for your day to day care. Trust in Him is the key.  He is the Provider, and you are the one He provides for, out of love, and the duty to protect.

Like Delos Island, we need not be beautiful in a traditional sense, for our Lord sees the beauty of our souls, and the unique ways in which we all express our inner selves.  His love is not always predicated upon what we can do for Him, but sometimes is given simply because He wishes to see us prosper, in His name.  Because we all have jobs to do for Him, whether those jobs are related to spiritual facilitation, or are of a more domestic association, our first priority will be to keep our own hearts happy, and filled with the love He has shown us.  All else comes later, and in many ways, is superfluous.

When we are truly joyous in our worship of Him, we no longer worry about how we are seen by those standing on the outside of our relationships.  We no longer waste our time with comparisons or jealousies.  With trust in Apollon comes freedom from the pettiness which so frequently inhabits our minds, and the world around us.

Within the Hymn itself, we see these thoughts, and others, echoed by Delos Island, as She speaks:

“Leto, most glorious daughter of great Coeus, joyfully would I receive your child the far-shooting lord; for it is all too true that I am ill-spoken of among men, whereas thus I should become very greatly honoured. But this saying I fear, and I will not hide it from you, Leto. They say that Apollo will be one that is very haughty and will greatly lord it among gods and men all over the fruitful earth. Therefore, I greatly fear in heart and spirit that as soon as he sets the light of the sun, he will scorn this island — for truly I have but a hard, rocky soil…”

It is true that our Lord Apollon is very haughty.  It is true that He often lords Himself over us mightily.  Yet, those traits that He possesses are the same traits which inspire Him to defend those who are His, without question, and without fail.  The insecurities of Delos Island are highlighted here, as well. She fears that He will scorn and abandon Her once He has seen what the world has to offer Him, in comparison to what She Herself can give.

But, the Island has nothing to fear, even without Leto’s pledge that Her Son would hold Delos as the heart of His future cult sites.  She need fear nothing because Apollon always accepts the sincere gift of oneself generously.  If you would only love Him, He will return your love a thousand fold. 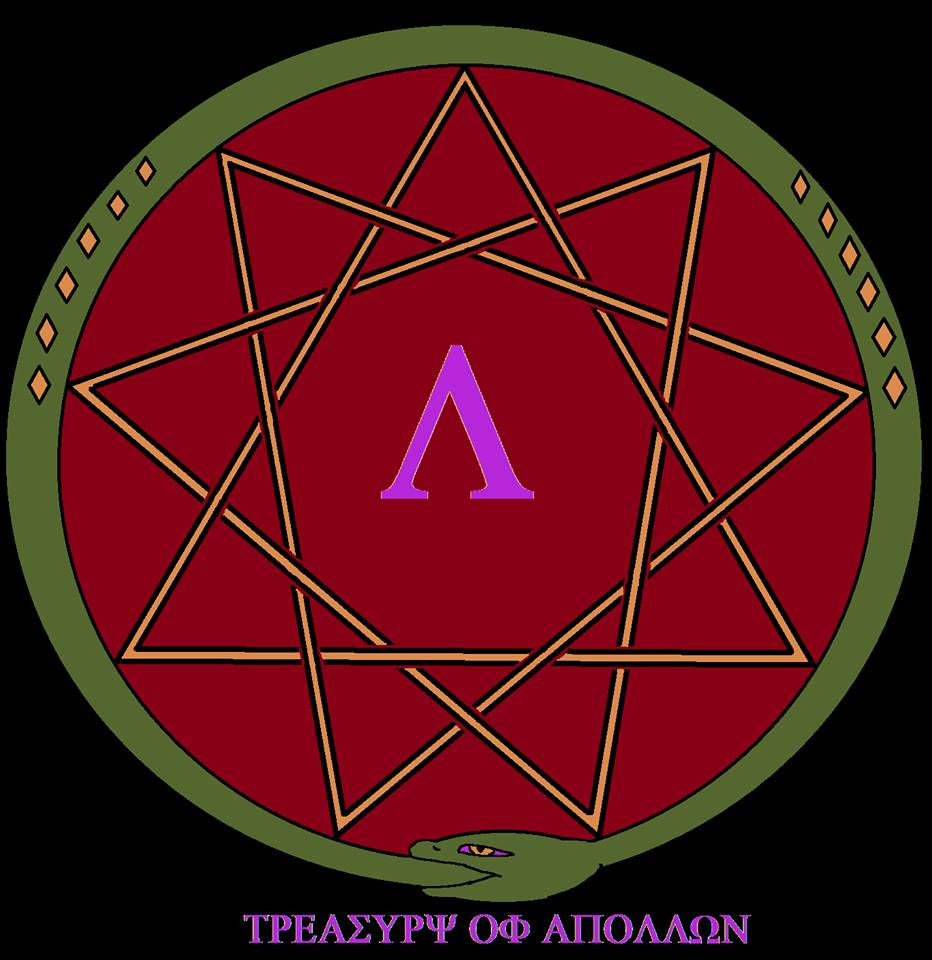